Netcode & High tickrate updates
Weapon burst, recoil and spread is now applied properly at higher tickrates (was slightly off before)
Rubberband prevention for high tickrate (specifically at 120hz+)
Vaulting improvements
Pickup entity fixes
Better server/client synchronization for character input stepping when running low FPS
Gunsway fixes
Added more precise tracking for vehicle on server (applies to fast moving vehicles in particular)
Fixed a huge timenudge when the client has clamped ticks/updates, due to framerate drop – result is a more smoother experience and less damage getting denies
Added improved rubberbanding tracking and damage arbitration stats
Improved vehicle simulation & rubberbanding
Changing the latency variation calculation for the warning icons
Network performance graph updates: ServerFPS(num) changed to ServerTick(ms) and now shows the server tick time. The white text turns red when the server stalls. Some polish like changing the “Update” text to “TickRate(Hz)”. Added rcon command to return the server tick time (request by the RSP). Network delay switched to roundtrip instead of one way (x2). The corresponding latency warning icon threshold doubled because of the network delay change. The network performance graph now displays Ping instead of NetwDelay + some polish (colors, ranges, removed the avg/min/max from the hit counters since those are not track or drawn in the graph)
Bump maxallowedlatency to 1s as framehistory protects impact on other players
Use 3d distances instead of 2D for better ghost utilization (minimap and deployscreen are handled)
Give vehicles more distance for hf bubble
Improve false messaging for rubberbanding
Water shader polish with foam layer
Adjusting rock occluder and river height for vehicles

Gameplay Updates
Fixed the “bullet soaker” bug where a single player on the enemy team was incincible to your damage.
Team balancer: Fixed issue where best squad and certain players kept defending forever in rush. Disabled balancer on Defuse game mode.
Shotguns: Reduced damage of Buckshot and Flechette ammo to lower performance at range (might be live already)
Shotguns: Reduced number of pellets on the UTS 15, Saiga 12k, DAO-12, DBV-12, & M1014 to improve balance. (might be live already)

Land Vehicle updates – Active Protection
Reduce both uptime and downtime. Less downtime means players will have to time its use a bit better and it will no longer ruin a complete strafe from aircraft, allowing them to be more effective. Remove early shutdown upon blocking some projectiles (more consistent behavior).
Reduced reload time from 35 to 22.5 seconds
Reduced uptime from 5 to 2.5 seconds
Removed early shutdown mechanic. Previously, the protection would get cancelled earlier than the expected 5 seconds from specific weapons. This will no longer be the case and will continue for the full duration.
The red lights will no longer appear while the Protection System is on cooldown.

Summer Patch coherence
This release also includes a full integration of the Summer Patch – which means the changes you’d expect to see there should be in here. IE the Jets should be back to 313 “normal” setup again etc. Let us know if you find any inconsistencies!

AIR VEHICLE GAMEPLAY UPDATES
In this release a bulk of air vehicle gameplay updates is included. Since they are so numerous and might be confusing – we will try and explain our intent and detail the changes in this separate section.

ECM Jammer
Reduced reload like on IR flares. Longer protection than flares, but also longer reload. The longer protection allows you to stay in combat for a bit while with flares you have to run away almost immediately. Can also be used to prevent lock-ons, as an option for very defensive players. Also changed jamming settings to something potentially more reliable.
Reduced reload time from 25 to 20 seconds

IR Flares
Reduced reload to allow aircraft to get back into combat faster, pop more flares to increase duration of protection slightly. This is an issue for jets, as they only pop flares once and can be relocked almost right away.
Reduced reload time from 20 to 15 seconds
Increased amount of flares that are fired to potentially improve efficacy of flares and increase protective duration slightly

Fire Extinguisher
Lowest reload of all countermeasures, as it does not prevent any incoming damage, it solely removes the effects of mobility hits.
Reduced reload time from 25 to 8 seconds

Below Radar
Currently, there is no reason to fly low in air vs air combat, as flying low only prevents you from aiming up. It is also extremely hard to avoid lock-ons from enemy aircraft, as they can chase you and physical cover barely helps against enemies above you. Allowing to trade altitude for not being lockable solves this. Also creates a distinctive downside to passive radar: Your target going low will mean the missiles cannot track anymore.
Below Radar has been enabled on all air vehicles.
Triggers below 25m for helicopters
Triggers below 50m for jets
Affected missiles that cannot lock below radar: Heat seekers, Passive Radar, and Active Radars on air vehicles. Passive Radar and Active Radar on the MAAs (LAV-AD, 9K22 Tunguska-M, Type 95 AA)

Active Radar
The role of the Active Radar is now focused on long-range combat. It will have bad tracking at low to medium range. Less available ammo means you have to place your shots more carefully and also causes less countermeasure downtime for aircraft on the receiving end. It will have the lowest damage of all AA missiles. If all you do is shoot these from your base, your efficiency should go down with the changes.
Impact impulse reduced to 1500
Autoreplenish increased from 25 s to 30 s
Damage increased from 100 to 135
Raylength increased from 500 to 650
Guidance delay set to 1 s, no tracking within 200 meters
Timetolive reduced from 10 to 5 s
Turn rate reduced to 350 max
Increased maximum velocity to 350
Enabled forcespawntocamera for more accurate aiming
Enabled locking empty vehicles

Passive Radar
The role of the Passive Radar is now focused on being anti-jet. It will have good top speed, unlimited locking altitude (only distance in horizontal plane matters) and prefiring. Prefiring allows for setting up traps, but the hold-lock mechanic gives targets good chances of evading. Also prevents use of main cannon.
Impact impulse reduced to 2000
Autoreplenish decreased from 30 s to 20 s
Damage increased to 195 across all vehicles
Raylength increased from 500 to 650
Timetolive reduced from 10 to 6 s
Turn rate reduced to 350 max
Enabled prefiring
Increased acceleration to 75
Unified locktime to 1.1 s
Unified acceptance angle to 5 degrees
Enabled forcespawntocamera for more accurate aiming
Enabled locking empty vehiclesenabled “IgnoreHeigthLockDistance”
Attack boats (DV-15 & RCB-9) Passive Radars are now properly firing Passive Radars, instead of Heatseekers.

SRAW
Changed the SRAW to make its properties less extreme and more attractive to use. It has less damage, but better velocity at close range and the ability to dumbfire. It also more agile tracking for small corrections.
Reduced damage from 215 to 186
Increased initial speed from 15 to 30
Increased engine strength from 25 to 30
Increased tracking range from 450 to 500
Changed the physics property from Missile to TankShell (this increases damage against IFV, MAA, FAC…)
Increased minimum turn angle from 0 to 2
Increased turn angle multiplier from 2 to 3
Decreased max turn angle from 35 to 30

HVM-II
Turn it into a High Velocity Missile. Powerful, but no longer kill any aircraft in one hit. Currently, the HVM is the best AA missile in the game, as its awkward velocity lets it bypass countermeasures easily. Highest damage.
Reduced damage from 100 to 52
Increased initial speed from 1 to 20
Increased acceleration from 20 to 75
Increased maximum speed to 350
Reduced timetolive to 6 s, 10 s when lased
Turn rate reduced to 350 max 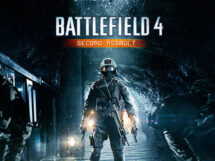 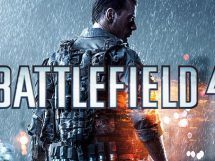 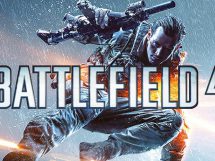 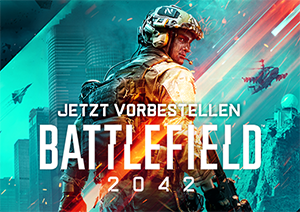